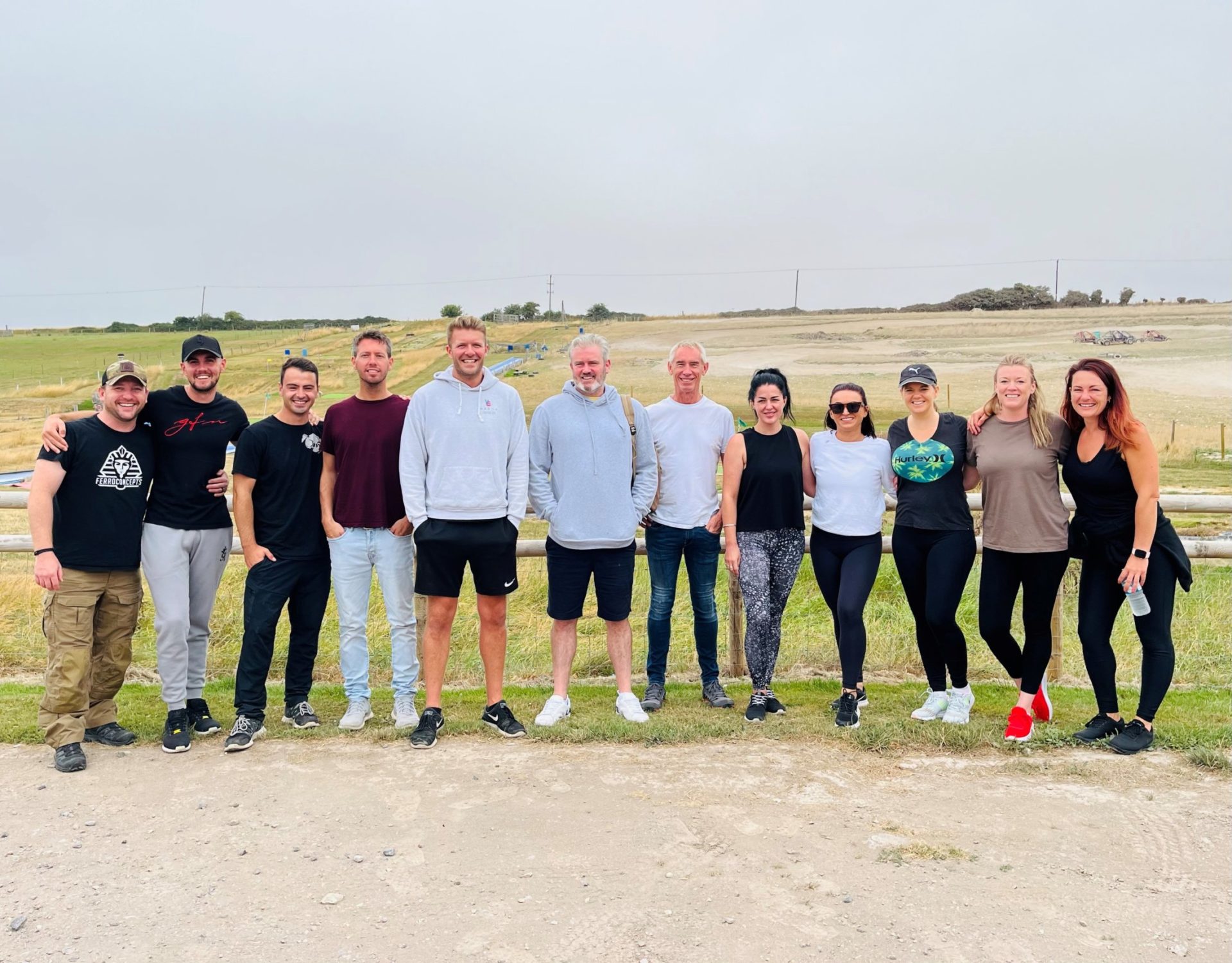 From 2006 to 2007 Tim was lucky enough to spend two years as a deckhand on MY Sai Ram and MY Leander, two excellent charter yachts. After leaving yachting, Tim moved up to London for a career in recruitment. Tim worked predominantly in the Finance and Accounting sector supplying senior staff to a variety of clients including Barclays, HSBC, Goldman Sachs and Thomson Reuters. Quay Crew was set up in 2013 to provide a different recruitment service to yachts. Tim looks after the Captain roles whilst managing the team which is now 8 strong. One of the things Tim loves about his role is offering career and mentoring advice to Captains and senior Deck Officers. He also enjoys writing yachting related blogs which attempt to educate and guide crew in their chosen career.

Caroline entered the yachting industry in 2005 as a Junior Stewardess on MY Kahalani. She progressed through the ranks quickly and was Chief Stewardess on MY Capella C before finally becoming Chief Stewardess / Purser on MY GU. After leaving yachts, Caroline spent over 2 years working for one of the high profile international crew agencies, which is based out of Antibes. Here she learnt a huge amount about the industry and how crew agencies operate, which has influenced the direction and business ethos of Quay Crew. Since setting up the company in May 2013, Caroline has taken over the interior side of Quay Crew and now predominantly deals with Pursers, Chief Stews, 2nd Stews and Chef roles.

After starting her career as a Recruitment Consultant in Southampton, Sam was promoted to Recruitment Manager and asked to lead a team of four consultants in the company’s Bournemouth office. After a brief period working in South Africa, she moved back to the UK in 2005 and joined then-FTSE 100 Aerospace and Defence company Cobham plc, where she was promoted over her 10-year tenure to head up Corporate Communications. During her time at Cobham, Sam travelled extensively to business units around the world. She was heavily involved in the acquisition and re-branding of maritime companies SeaTel and Thrane & Thrane, and was Editor of the Group’s internal magazine with a readership of 14,000+ employees globally. Sam joined Quay Crew in 2015 as a Recruitment Consultant, heading up the Engineering department. After building a successful and busy engineering desk, she’s now moved into an Operations Manager role where her focus is to maximise the potential of Quay Crew and our team.

Avid watersports fan, Tom, joined the superyacht industry in 2015 working as a Deckhand for two and a half years onboard a 90m Private Yacht. During his time as crew, Tom gained his Yachtmaster and trained as a jet ski instructor. At the weekends, he skippers yachts locally, runs a flyboard centre and jet ski safaris in Poole Harbour alongside his role at Quay Crew. Tom is our Team Leader and Deck & Officer Consultant, responsible for ensuring the recruitment team has everything they need to support clients and candidates effectively. He also manages our partnership with Wet Wheels, a charity which supports people with disabilities to experience power boating.

Emily started her career on yachts back in 2013 as a Junior Stew and worked her way up to Chief Stewardess on 50 metre private and charter yachts. She loved working in the industry but now wants to be land based back here in Poole where she grew up. Prior to yachting, Emily was a qualified dental nurse and worked in a number of bars and restaurants locally. Performing arts is also one of her passions and you’ll most likely find her at art shows and the theatre. Emily now works with Caroline placing our Stews and dual role Stews!

Phil discovered Superyachts when he was travelling in New Zealand so took himself to the South of France where he landed his yacht first role in 2014. After spending 6 years in the industry working on vessels ranging from 40m to 100m+ and gaining his OOW 3000 ticket, Phil decided to go shore side in 2021 and took a role with Quay Crew where he can continue to use his knowledge of the yachting industry. Prior to yachting he studied in Southampton where he achieved a 2:1 degree in Marketing & Advertising and then retrained to become a primary school teacher in 2011. He also spent some time working for a top FTSE 100 company managing their CRM systems.

Having spent three years working onboard superyachts all over the world, Max came back shore side to maintain his connection with the sector and now manages crew placements with yachts up to 35m. A former Bank Network Associate for JP Morgan, Max has also spent several years working in digital marketing and combines his corporate and first-hand yachting experience to match the right crew with the right yacht. Outside of work, Max is a keen runner and has completed a marathon on Waiheke Island off the coast of Auckland.

Following six successful years in high-end retail with none other than Chanel, Antoine decided to take his love for luxury to the sea and joined the yachting sector as a deckhand in 2018. He gained experience onboard vessels ranging in 55m to 110m+, both private and charter, including a 10-month yard period. The qualified PWC instructor is also a skilled drone operator and has his Yachtmaster Offshore. On his return to the UK from his most recent crew role, Antoine decided to relocate to the sunny South Coast so he could continue operating in the yachting sector, but by sharing his knowledge, experience and contacts within crew recruitment.

New Zealand-born Simon has enjoyed an extensive and global career in the superyacht industry spanning more than 25 years. Most recently Simon was Build and Operational Captain on Elixir / Gigagi, 55m Amels for six years. As well as being Captain on several prestigious superyachts, Simon has also worked in the boat building sector and as a project manager onshore. Now residing in Bournemouth with his wife and children, Simon brings a wealth of experience to Quay Crew on our Captain recruitment desk.

After falling in love with sailing in his mid 20’s, Glen came to the superyacht industry in 2012. Glen worked on several prestigious private and charter yachts, from 40 to 60+ metres, as Bosun, in both the Med and Caribbean. Since returning to the UK in 2015, he has been skippering a 22 meter private motor yacht, until its sale in 2018. Glen joined us from Berthon Boat Company in Lymington where he was an Aftersales Manager for their new build boat brands. After running our Deck Officer desk, Glen has now moved across to source candidates and clients for our land-based roles.

Since training as a journalist, Charlie has enjoyed a varied career in a number of PR and marketing management roles, predominantly within the B2B service-led sectors, four years of which were in the marine sector. As our Marketing Manager, Charlie is responsible for ensuring we showcase Quay Crew in its best light, continue to deliver exceptional educational content and sector insights and communicate effectively with both clients and candidates.

With a strong background in customer service and administration with the local authority, Kelly plays a key role in supporting the entire business function at Quay Crew. Kelly ensures the team follows best practice recruitment, from auditing processes and system use to aiding and assists with social media management and supplier relations.